German born Arnold Ehret was a health educator and author who had cured his own "incurable" Bright's disease through fasting and a fruit diet.  After regaining his health, he bicycled 1000 miles from Algiers to Tunis in fourteen days.  Later, he opened a health spa in Switzerland and eventually moved to California, opening a sanitarium in Alhambra where he wrote several books and lectured.

"It is farcical, not to say pitiful, to... stuff your stomach three times daily with harmful prepared foods, manufactured by man for commercial purposes, and never destined by the Creator to be man's food at all."

"Practitioners of the Mucusless Diet Healing System should avail themselves of the knowledge already gained and live on mucusless foods, the divine clean food of the Genesis, fruits and green leaf vegetables." 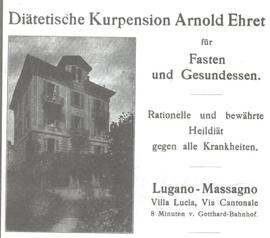 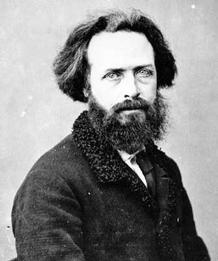 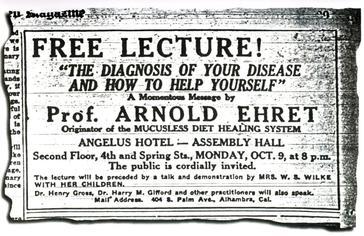 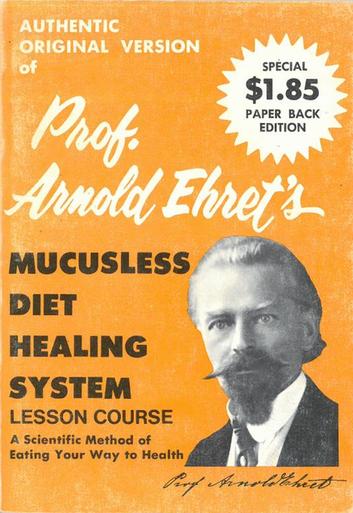